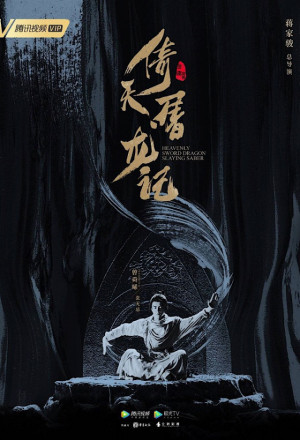 The martial arts world is in a state of upheaval during the late Yuan Dynasty. It is said that the person in possession of the Heaven Sword and Dragon Slaying Saber will be the Revered Master of Wulin, thus gaining the power to rule the lands where no one will dare disobey.

The story follows how different factions become embroiled in a fight for the two powerful weapons. Zhang Cuishan (Li Dongxue), a disciple of the Wudang Sect falls in love with Yin Susu (Maggie Chen) of the Heavenly Eagle Cult despite being on opposing sides. They are forced to their deaths by the greed of the so-called rightful sects, leaving their son Zhang Wuji (Joseph Zeng) to grow up an orphan. Determined to avenge his family, his journey leads him to unearth martial arts techniques that turn him into a powerful martial arts expert. Along the way, he meets many women - a princess named Zhao Min (Yukee Chen), his childhood friend Zhou Zhiruo (Zhu Xudan), his cousin Yin Li (Cao Xiyue) and his handmaiden Xiao Zhao (Xu Yating).